In November 2012, Kim and Kristyn Carver lay awake in their hotel room in Franklin, Tennessee, asking God a series of questions.

After being introduced to Mary Beth and Steven Curtis Chapman along with Scott Hasenbalg (Show Hope’s founding Executive Director), and his wife, Kerry, at an event in Washington D.C., a couple of months before, the Carvers found themselves at Show Hope’s ninth annual Fellowship Weekend—their first real exposure to the mission and work of Show Hope.

“We were feeling challenged and inspired by the stories the Chapmans and the Hasenbalgs were sharing,” Kristyn said. “We stayed awake that night in our hotel room, talking and praying, We’re supposed to be doing more—what does that look like?”

As part of their initial exposure to Show Hope and its Pre+Post Adoption Support program, the Carvers were also introduced to the concept of Trust-Based Relational Intervention. “In almost everything we heard or picked up on at Fellowship Weekend, we were hearing about trauma-informed care, TBRI, and TCU,” Kim said.

Developed by Dr. Karyn Purvis and Dr. David Cross at the Karyn Purvis Institute of Child Development at TCU, TBRI is an attachment-based, trauma-informed intervention that is designed to meet the complex needs of vulnerable children.

Simultaneously, as adoptive parents, the Carvers had begun their own process to be certified as foster parents in the hopes of having their daughters’ biological sister placed with them. “We started realizing the deficiencies, the broken spots, and the gaps in the system where the Church could really fit in,” Kim explained.

Soon, the Carvers realized, “If every congregation in our denomination could provide foster care for one kid, there would be no kids waiting for families,” Kristyn said.

“Realizing that the Church truly has the capacity to solve the problem—if one family would provide care, and everyone else would support them, it wouldn’t be overwhelming,” Kristyn added.

“If every congregation in our denomination could provide foster care for one kid, there would be no kids waiting for families.”

After the placement of their third daughter and as the reach of Crossroads NOLA continued to grow, Kim and Kristyn were coming face-to-face with the effects of trauma in their own home as well. “We had three kids from hard places, who were 3 and under, and we were having what we now understand to be trauma behaviors—and traditional parenting didn’t work,” Kristyn said.

Continuing to be exposed to TBRI through the work of Show Hope, Kristyn eventually began searching for a TBRI-trained professional in her area. “At that point in time, there was not a single person in the State of Louisiana who was TBRI trained,” Kristyn said.

So Kristyn, already a licensed professional counselor, decided to pursue TBRI Practitioner Training and was given a scholarship to attend by Show Hope.

“It was so successful with our children. It really works,” Kristyn said. “I think it’s really reflective of the nature and character of God.” 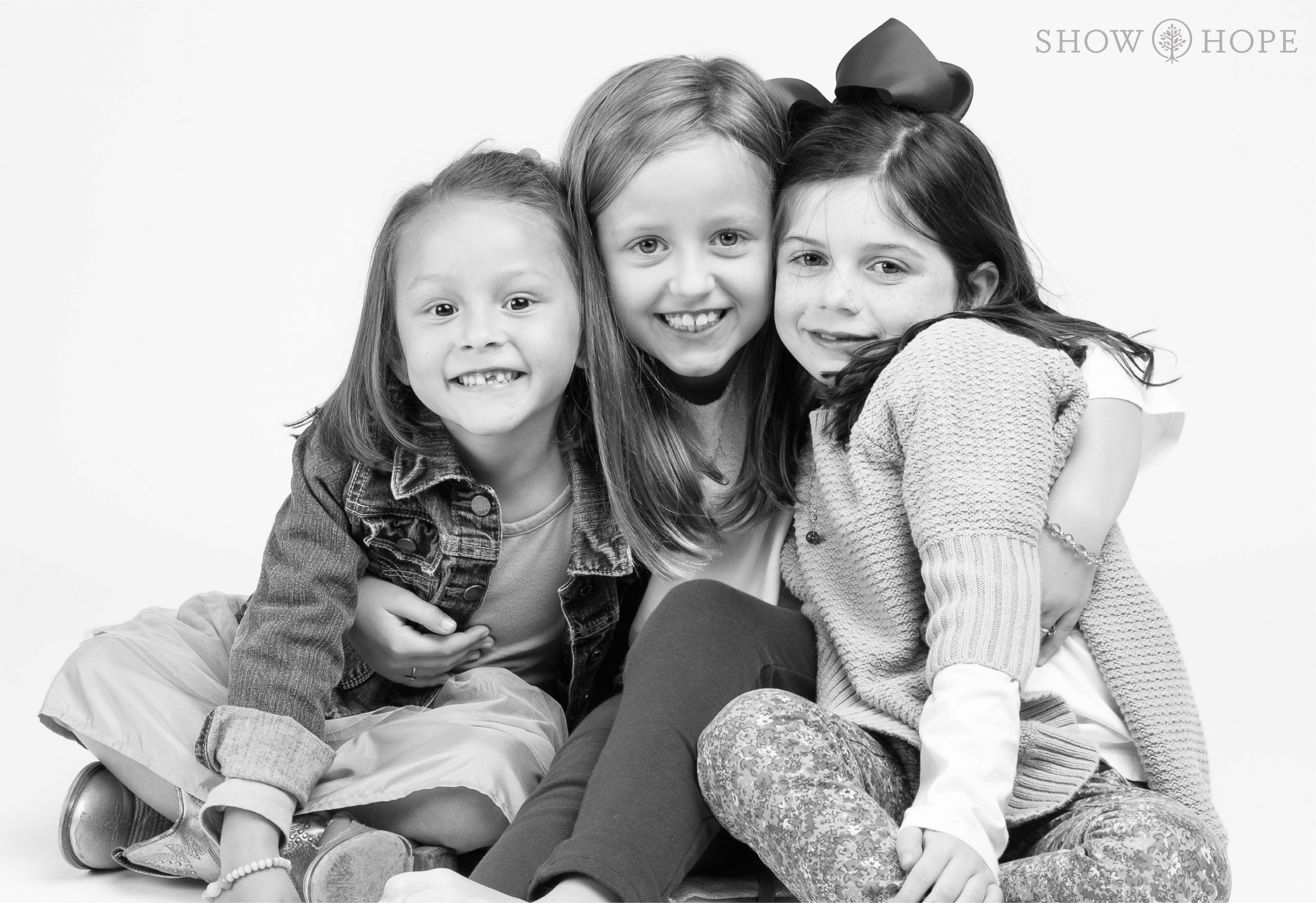 Blown away by the impact TBRI was having in their home, the Carvers knew they had to offer these strategies to the families being trained through Crossroads NOLA.

“God let me go there through a desire to help my children, and then through experiencing the healing that my kids have undergone, it was compelling to then help other people,” Kristyn said.

“There is nothing that I do as a clinician with TBRI that I will ever regret,” Kristyn continued. “If 20 years from now, neuroscience has evolved where we can take a pill and make trauma go away, I will still never regret giving people voice, helping people to be compassionate toward others, or helping people heal through connection.”

In the years since Crossroads NOLA first began teaching classes on TBRI, the landscape of foster care in Louisiana has changed. Today, the secretary of the child welfare department calls and asks for a Crossroads NOLA family when faced with a particularly tough case. “She knows these families are equipped to deal with kids from hard places,” Kristyn said.

Crossroads NOLA works with a network of nearly 60 churches, and to date, more than 2,390 professionals and caregivers have been impacted by their resources and trainings.

“It’s favor that we couldn’t have garnered ourselves. God is doing really incredible things. He’s opening doors, building connections, and creating a desire for this

child-centered, attachment-rich method of healing for kids from hard places,” Kristyn said. “You know in scripture where it says God will give you exceedingly more than you ask? I feel like we are living in that space—of exceedingly more than I could have dreamed up. God has been really faithful. And his mission is obviously much bigger than ours. We just keep trying to walk in the space where he is.”

“Had it not been for Show Hope’s faithfulness to engage and provide, we would never have been exposed to—and perhaps never known about—TBRI.”

The Carvers trace much of the impact they have seen in their family, their community, and their state back to that first encounter with Show Hope.

“Had it not been for Show Hope’s faithfulness to engage and provide, we would never have been exposed to—and perhaps never known about—TBRI. And had we not known, we would have never gone. And had we not gone, we would not have come back and talked about it, spread it, and tried to formalize it,” Kim said. “I look back, and it’s a blind faith that Show Hope had, right? Show Hope didn’t set out and say, ‘We’re going to do the Empowered to Connect Conference and provide scholarships to people for this training in the hopes of reaching the first lady; the legislature; and the judges, teachers, and school principals of Louisiana.’ But that’s what’s happened.”

And without the faithful generosity of countless individuals, the work of Show Hope would not be possible. “The only thing I ever know to say is ‘thank you,’” Kim said. “[Your generosity] has poured into a gap. We had a tremendous gap in our lives, we had a tremendous gap in our ministry, we had a gap in our state with child welfare—and Show Hope’s donors poured into it with their generosity. I don’t know what else to say except ‘thank you’ because it poured into the gap. I don’t know where the boundary is or where the upper limit is, where it’s going—because we haven’t hit it yet, so that’s a good return.”

Show Hope’s annual Gifts of Hope campaign kicks off on Giving Tuesday, December 1! This year, our Gifts of Hope campaign is $300,000, and we need your help to launch this campaign with momentum. With COVID-19, we are seeing unprecedented impacts on children and families—from job and income losses to halted court proceedings and delayed travel, the barriers standing between waiting children and loving families have only heightened. So will you join us this Christmas in helping to reduce barriers to adoption? Perhaps more than ever, we need your prayers and support.

To experience the practical teaching and tools for a path to healing and hope for children and families impacted by adoption or foster care, register today for our Hope for the Journey Conference (previously the Empowered to Connect Conference.) Learn more here.

Hope for the Journey Conference