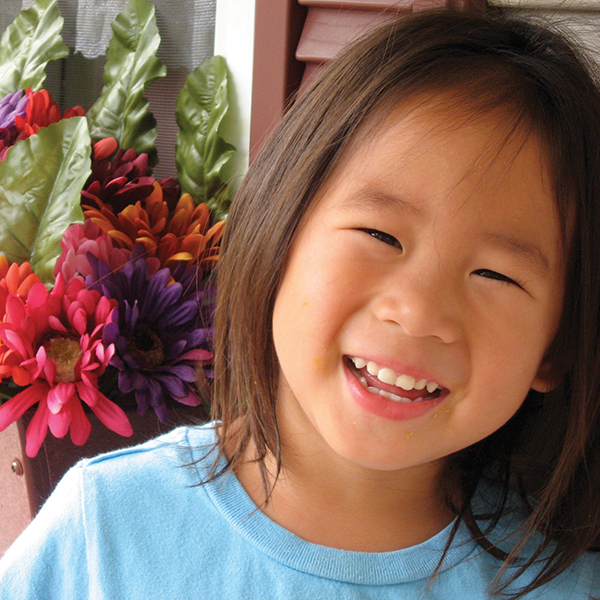 Maria Sue Chapman, the youngest daughter of Mary Beth and Steven Curtis Chapman, was adopted from China in 2004.

As the youngest of the family, she was always full of energy, and Mary Beth and Steven know that their family would never have been complete without her. Maria was always quick to greet you with a big smile, and she was the first to throw up the “rock fingers” for a little bit of sass.

On May 21, 2008, as the result of an accident at their home, Maria Sue passed away. On that day she saw her eternal adoption finalized as she was welcomed home by her Heavenly Father. Her legacy lives on through Maria’s Miracle Fund and Maria’s Big House of Hope.

Steven Curtis Chapman’s life was forever changed in April 2004 on a trip to China. Steven had just led worship at Beijing International Christian Fellowship, and was on his way to the car when he stopped to speak with a couple.

Missing his own two daughters from China, Shaohannah and Stevey Joy, who were back at home with Mary Beth, he asked if he could hold one of their daughters. As they placed a little girl in Steven’s arms, he was surprised to learn that the family was fostering her until she could enter a family through adoption.

Immediately, the lyrics of a song Steven wrote years ago called, “Maria,” started playing in his head. “Who, who’s gonna love Maria? And with every tear she cries, she wonders if there’s someone out there somewhere who’s gonna love Maria.” This had to be more than coincidence. God was speaking.

Steven brought up the idea of adopting her to Mary Beth. Mary Beth’s initial response was to laugh at the idea of a sixth child. She said, “Well, she better play an instrument because she is going on the road with you.”

Maria remained in Steven’s thoughts and prayers. Because her file had already been processed through an agency’s special needs program, Steven thought that perhaps their involvement in Maria’s life was to help advocate for her adoption. When he returned home, Steven was surprised to learn that Mary Beth had already begun adoption paperwork and expressed a deep desire to bring Maria into their family. The pieces fell into place, and Maria became a Chapman in late 2004.

As the youngest of the family, she was certainly a handful, but Steven and Mary Beth knew that their family would never have been complete without her. Maria was boisterous and full of life. She loved flowers, ladybugs, birds, anything with wings, coloring, washing dishes, playing make-believe, the color pink, being “butt-naked,” water, and her family. Her family loved her, and through the love of her family, she became beloved by the entire world.

On May 21, 2008, as the result of an accident at their home, Maria Sue Chapman passed away.

Because of the amazing outpouring of love and support from family, friends, and fans of the Chapmans, donations made in their daughter’s memory to Maria’s Miracle Fund helped build and launch Maria’s Big House of Hope—Show Hope’s flagship Care Center in Central China providing care for children with acute medical and special needs.

Through story, song, and daily life, the Chapmans remain committed to remembering Maria and claiming God’s provision—even amidst great sorrow and the darkest of nights. They continue in this endeavor as God’s glory is proclaimed in her story. Through the simple act of remembering Maria, God’s goodness is celebrated and the hope of heaven is shown to a world in desperate need of him.