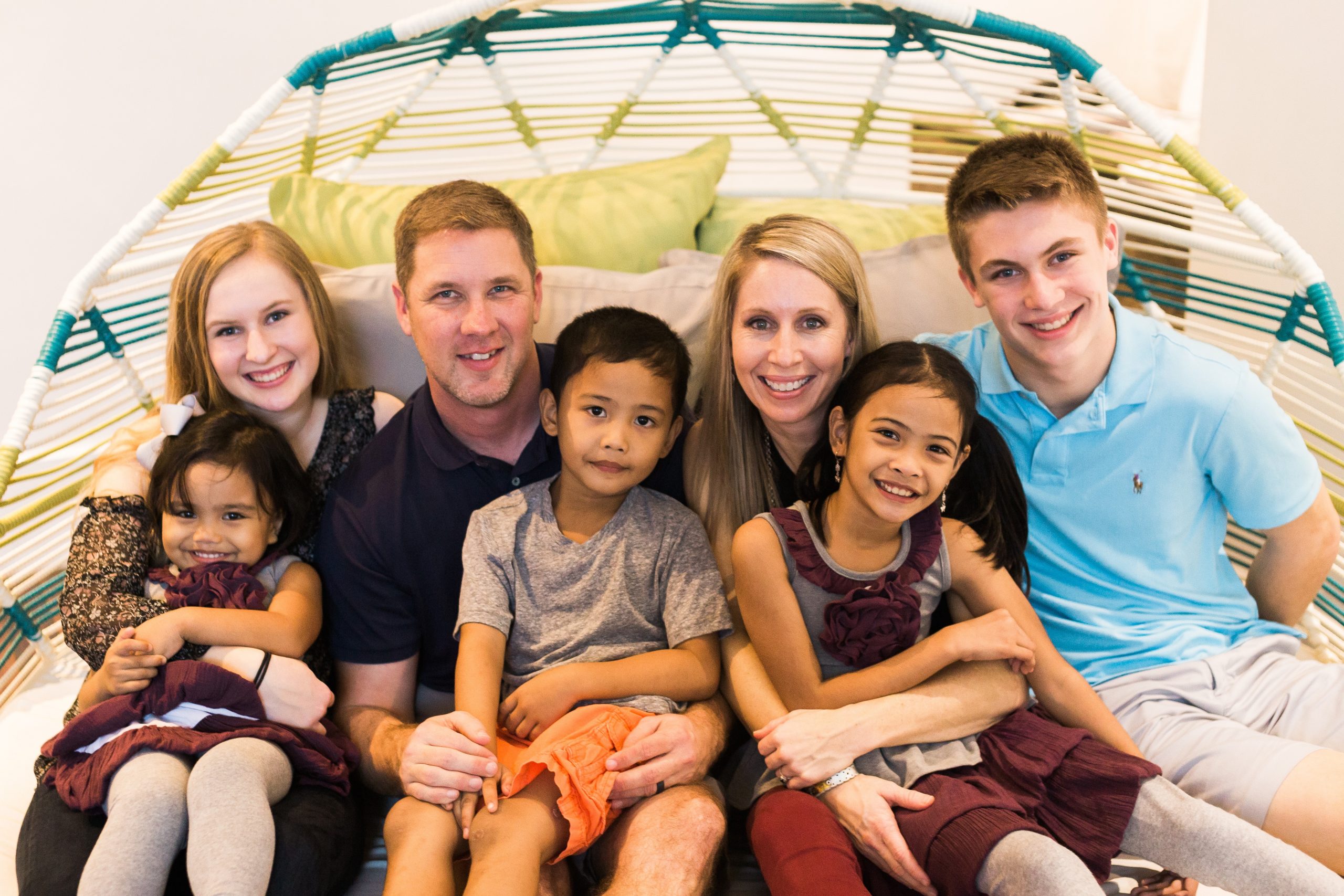 The Lambert family officially began their adoption journey on Sunday, November 15, 2015. Will and Christi had discussed adoption on many occasions before, but after listening to their pastor talk about the sanctity of life—and specifically our call to care for orphans—they knew it was time to talk about it again.

So they talked, they prayed, and then they prayed a little bit more. After realizing that God wasn’t closing any doors, the Lamberts decided to move forward and began the process to adopt from the Philippines.

“The verse I have prayed since the very beginning of our adoption process is Ephesians 3:20, ‘Now to him who is able to do immeasurably more than all we ask or imagine, according to his power that is at work within us,’” Christi said.

And immeasurably more is exactly what the Lord gave them.

“About a year after we started the paperwork, I ran across a listing of waiting children that included a set of three siblings. They had my heart from the very first time I saw their faces,” said Christi. “It is not the path we thought we would take, but God had a better plan—a plan much bigger than we could have ever seen coming.”

The Lamberts were matched with their three children on March 14, 2017, and their family of four became a family of seven.

Like many families, they didn’t have a clear idea of how they would be able to cover the entire cost of adoption. But it wasn’t long before they were met with God’s faithfulness and provision in ways they couldn’t have imagined.

“We received a Show Hope grant to help cover the cost, and we also saw church members step up and donate to us without being asked,” Christi said. “God worked through so many people to provide for this adoption. I have always told people that finances shouldn’t be a reason to not move forward with adoption. God can and will provide.”