Kate Bradley was born outside Atlanta, Georgia. But her story really began in South Korea.

That’s where Kate’s mother, Robin, was born. Three months after her birth, Robin met her parents in a tiny South Carolina airport, after a long flight from South Korea.

For Robin and her husband Zach, adoption felt like a foregone conclusion. It was always going to be part of the way they grew their family. “Family doesn’t have to be blood related,” Robin said. “Family is a lot more about love, relationship, and choice. The Lord knew Kate and saw her from the very beginning. And in my own story—the Lord saw me.”

“I have a tendency to live in the clouds, at 30,000 feet,” Zach explained. “So adoption has always been theoretical for me. Until now.”

After the birth of their two daughters, Robin and Zach began the process to adopt domestically. Two long years later, the Bradleys welcomed Kate home.

“If someone asked me now, ‘What does adoption mean to you?’ I would think of everything about Kate,” Zach said. “I would start talking about how smiley and happy she is, how beautiful she is, how wonderful she is, how our other daughters love her, and how we love her.”

For Robin, the journey to bring Kate home grew their family and expanded her understanding of her own story—the story birthed out of a South Carolina airport all those years ago.

“I’ve always known that I was adopted,” Robin shared. “But going through the process of adoption with Kate, it became much more clear that it was a very specific placement by the Lord. He was really directing that and guiding that.”

And though they never expected the waiting to bring Kate home to last as long as it did, there was something freeing in knowing that there was nothing to do but wait. Wait, and trust in the Lord’s perfect plan for their family and their new daughter.

“Believing that for Kate impacted me—in really believing that on a new level for my own story,” Robin explained. “It wasn’t just a series of random events, but the Lord seeing someone and handpicking them and choosing them.”

In the midst of their waiting, Robin and Zach received a grant from Show Hope. “It was really exciting,” Robin said. “A boost of confidence that maybe it’s not just us. Maybe there are other people in this, too, that see the Lord’s hand at work.”

Kate has been home for just over a year now, and the word her parents use over and over again to describe her is “happy.” 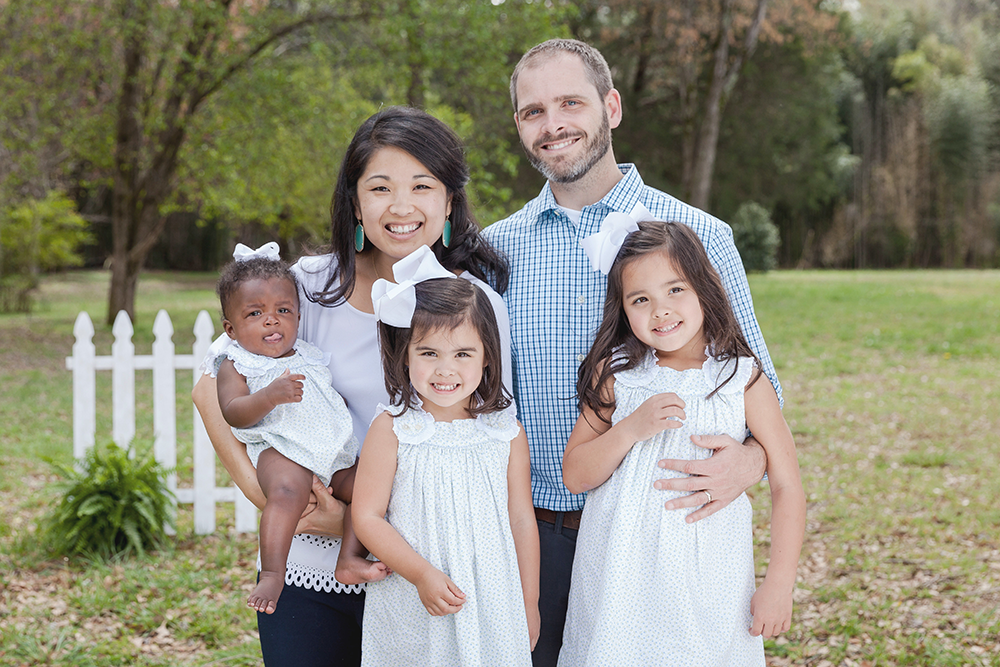 “No one gets bigger smiles than her sisters,” Robin said. “They just have to walk in the room, and she lights up. And they do, too.”

The reality of the Bradley’s life today would not be possible without all of the generous donors who helped make their grant possible.

“Thank you not only for the money and the support, thank you for being faithful in what God was asking you to do. Because not everyone may be called to adopt, but hearing God’s call to be faithful in giving, and to be generous, is just as much a part of this. It’s just as special and part of putting the whole thing together.”

“It wouldn’t happen without you.”