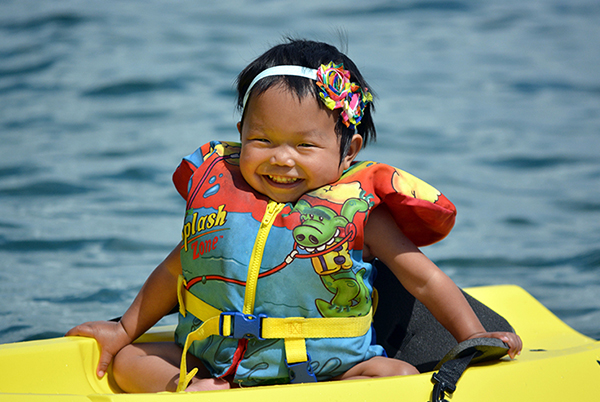 That word produces a lot of different feelings. For many, it brings panic. For others, it brings stress. And for some, it elicits pride.

However thinking of money makes you feel, it’s a nearly inescapable part of our lives. For the McKoy family, it provided a lesson they want to share with others:

Don’t let money stop you from obeying the call of God for your life.

We’re not on earth to fill our storehouses with things moths will eat and rust will destroy. We’re here to love and give of ourselves the way Jesus loved and gave of himself. For the McKoy family, they found God leading them to do this through the path of adoption.

They had talked about the idea several times over the years of their marriage. They knew very little about international adoption except for one thing: The process was very expensive.

For many people, the thought of adoption stops here, and understandably so! The process is often very expensive, and many cannot afford it on their own.

But sometimes God’s love leads us to a place that doesn’t seem to make sense. It is in this very place that God calls us to trust his goodness as we walk by faith.

In the summer of 2014, the McKoy’s were having dinner with friends who had just started the adoption process. During the meal, they shared with their friends how they had wanted to adopt, but felt immobilized by the cost.

Then, one of their friends looked them straight in the eyes and said, “If God is calling you to adopt, do NOT let money be the reason you don’t obey.”

The McKoy family learned about various grants and assistance programs out there, including Show Hope’s Adoption Aid grants. They already knew a little about Show Hope’s work from co-founder Mary Beth Chapman’s book, “Choosing to SEE,” which was influential in the way they viewed adoption.

Several months later, they started the adoption journey. Three weeks after, they found the photo of a beautiful child who would become their daughter on a waiting child list. Five months after that, they boarded a plane for China to bring their little girl home.

Her name is Lucy, and the McKoys held her in their arms for the first time 10 days after her second birthday.

So, how is God leading you to love?

How are you being called? How do you feel inspired to care for children living as orphans?

It’s easy to let things get in the way of what we are called to do. We can rationalize away the things Jesus has set before us by thinking of how hard and costly they might be. But even in our doubts, he has gone before us to make a way. Whatever path he has called you to travel, he also promises to join you in the journey.

The McKoys felt like the financial barrier was impossible to overcome, but then they learned there is hope. For them, that hope led them to a beautiful treasure named Lucy.

You can help bring hope!