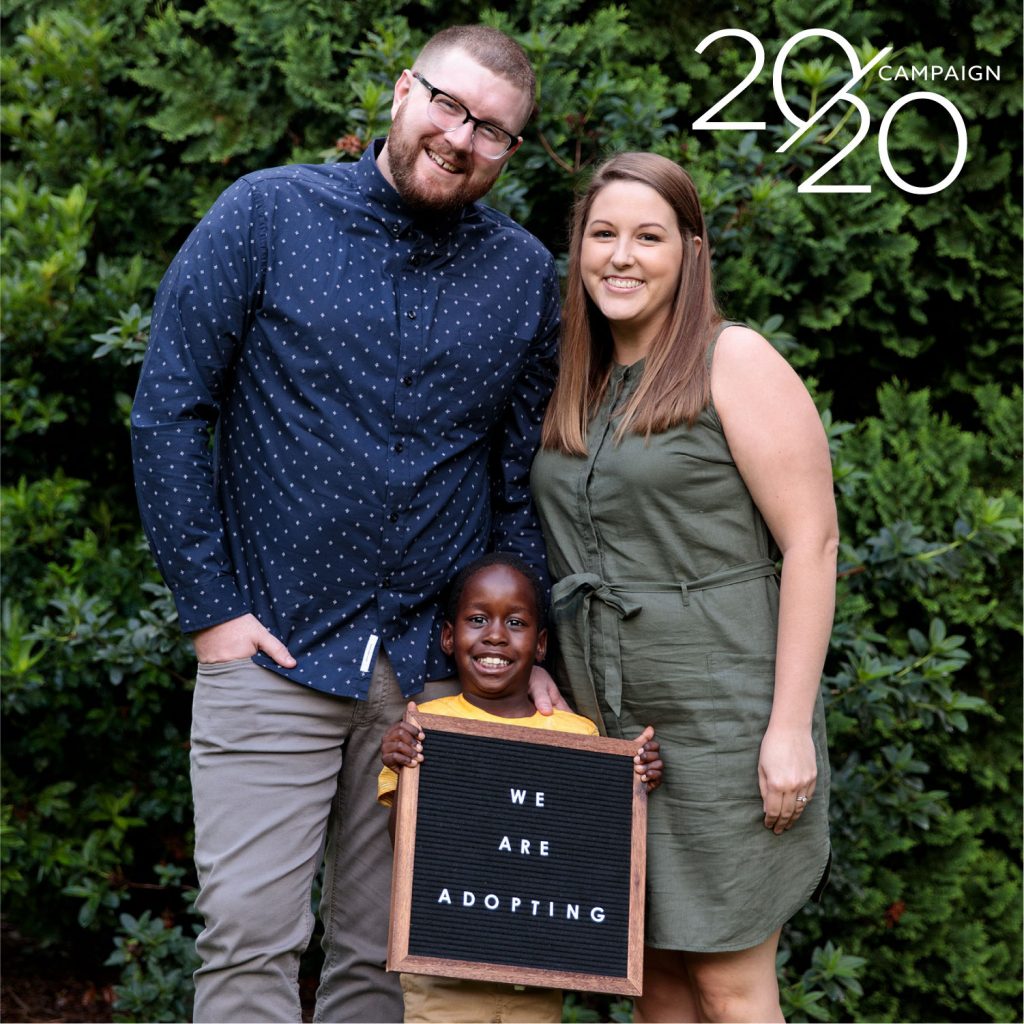 On her first trip abroad, Amanda Kick saw the needs of orphans through fresh eyes. After that trip, she believed God would grow her future family through adoption if she was willing. As the years went by, that belief grew into a strong conviction in Amanda’s heart. But what she didn’t know then was that God had already been preparing her future husband’s heart for adoption as well.

“On our first date, I told Cory that he had to be open to adoption, or I wouldn’t be interested in a second date,” Amanda said. “Luckily for me, he has an aunt, uncle, and even a cousin who were adopted into his family. He was completely open, and we knew throughout dating that our goal after marriage would be to buy a house and find an agency.”

They had a plan. But true to who he is, God began gently transforming Cory and Amanda’s hearts.

“When we first started the process to adopt in 2016, we wanted a perfectly healthy girl under age 3,” Amanda said. “Throughout the process, we hardly noticed God changing our hearts toward special needs. We kept expanding our openness wider and wider until we saw our son, Ben, on the waiting list.”

Ben was 6 years old and had cerebral palsy. He was also completely deaf and had been taught just a few signs.

“We knew God was calling us to say yes, so we enrolled in sign-language courses and moved forward,” Amanda shared. “God has taught us that his ways are so much higher than ours. He’s bigger than all the hurdles and fees and medical appointments. He’s bigger than our doubts, and he can handle our questions.”