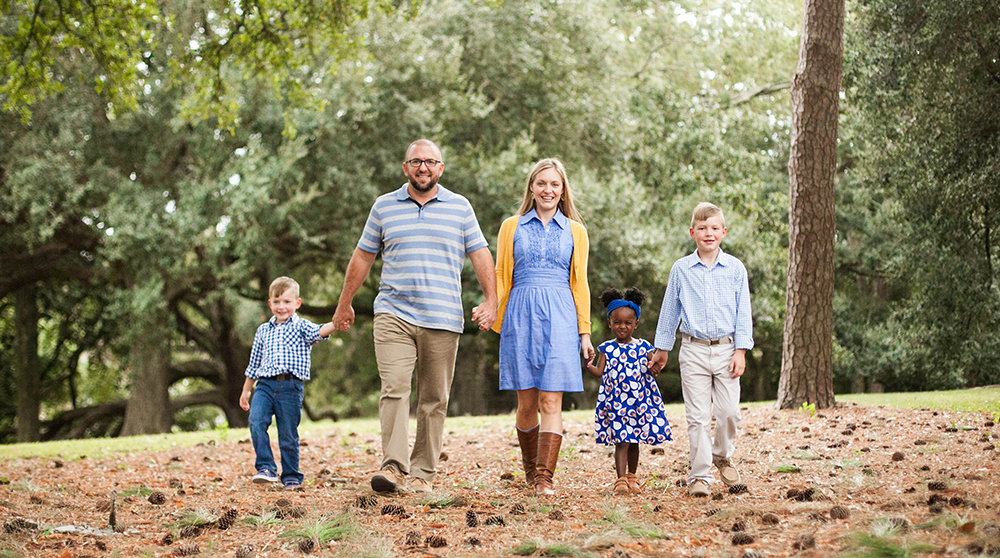 The way we choose to use our words is vitally important. In the book of James, the tongue is compared to the rudder of a ship. The rudder is a small piece — minuscule in comparison to the size of the massive ship it is attached to — yet it controls the direction of the entire vessel.

That’s a strong message from James. The way we speak is no small issue.

In light of that, let’s take a look at the way we talk about adoption. One of our goals is to create “adoption competent communities,” and changing the way we talk is a big part of that.

This is a big one, and families who have come together through adoption hear it often.

Using the language “real parent” insinuates that the child’s adoptive parents are in some way less connected to the child than the biological parent. And that’s not true. We know that family is much more than blood. Adopted and biological parents are equally “real,” even if the nature of that relationship may vary.

Rather than asking about a child’s “real” parents, it is better to ask about their “biological” parents.

Even though the heart behind these words is often not mean-spirited, the effect remains harmful if we use language the wrong way.

In our next post, we’ll look at another way we can better use language when we talk about adoption.

Do you have something you think needs to de discussed in the “Language Matters” blog series? Let us know in the comments!

An Excerpt from “Created to Connect: A Christian’s Guide to The Connected Child”

Beautiful Pictures of the Gospel